What comes to mind when you think of Ralph Lauren?

For most of us, it’s the all-American Ralph Lauren Polo shirt synonymous with the 1970s. But Ralph Lauren the fashion mogul is so much more than a simple collared Polo.

Since officially beginning his career in 1967, Ralph Lauren has become a household name. You may be familiar with certain aspects of his fashion history, namely the Polo shirt, but did you know that…?

While the Polo shirt may have put Ralph Lauren on the map, it was just one piece of the puzzle in creating his impressive fashion empire. 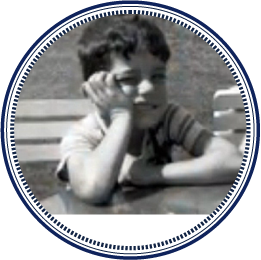 Clearly, Ralph Lauren as a designer and a brand is much more than a Polo shirt, although his ever-popular shirt design is not to be discounted. You’re likely to find a Polo shirt in the majority of men’s closets throughout America.

Without further ado, let’s jump right in to explore the rich and complex history of Ralph Lauren as a man and fashion label. Ralph Lauren was born in 1939. Little did his parents know that he would soon change the face of fashion…

Ralph Lauren was officially born Ralph Lifshitz to Jewish immigrant parents in the Bronx in 1939. Despite such humble beginnings, Ralph became hooked on fashion as early as the tender age of 12. Instead of spending his allowance on toys and candy, Ralph saved his money to buy expensive suits.

By the time Ralph turned 16, he and his brother chose to legally change their last name to Lauren since they were teased frequently at school.

Though focused on his career, Ralph wasn’t one to neglect his personal life. Ralph married a receptionist named Ricky Anne in New York City in 1964. In order to please his parents, Ralph was forced to hide the fact that Ricky was only half Jewish. Together, Ralph and Ricky had three sons: Andrew, David, and Dylan.

Though Ralph came from humble beginnings, he has his early years to thank for his widely popular and relatable fashion aesthetic. According to Ralph, “I have always been inspired by the dream of America—families in the country, weathered trucks and farmhouses; sailing off the coast of Maine; following dirt roads in an old wood-paneled station wagon; a convertible filled with young college kids sporting crew cuts and sweatshirts and frayed sneakers.”

For Ralph, fashion was a dream.

Ralph’s dream of pursuing a career in the fashion industry started before he even hit puberty and continued throughout his life. As Ralph famously said,-

People ask how can a Jewish kid from the Bronx do preppy clothes? 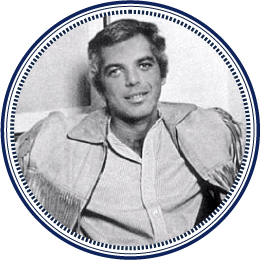 In addition to being a dreamer, Ralph was also a levelheaded entrepreneur. The Ralph Lauren empire began way back in 1967 when Ralph opened his first tie shop without any prior fashion training.

Why did Ralph feel called to break into the fashion industry with such a simple piece as a necktie? Much of Ralph’s focus on menswear had to do with his early work history.

Ralph worked for a tie manufacturer named Beau Brummell in 1967. Brummell created tailored men’s clothing free from the embellishment and over-design that was so popular in the 1960s.

Ralph took to menswear like a fish to water. It was during his time working at Beau Brummell Ties that he began his own necktie line, simply called Polo. His neckties were handmade from colorful fabrics in a new wide design.

As the demand for Polo neckties grew, so did Ralph’s dream. Ralph took that golden opportunity to expand from simple necktie design into a complete menswear line. Shortly thereafter, Ralph was awarded the Coty Award in 1970 for his menswear innovation.

By the time 1971 rolled around, Ralph was ready to take it to the next level by designing a women’s fashion label. 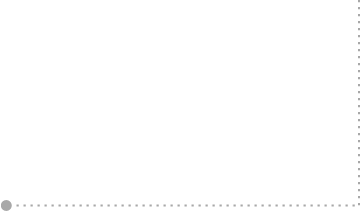 Polo Fashions was founded in 1968, funded with seed money in the form of a $50,000 loan. Ralph toiled away to create his one-of-a-kind neckties, operating out of a small drawer in an Empire State building showroom.

Within the first year, he sold a whopping $500,000 worth of merchandise, confirming both his talent and commitment to the fashion world. Ralph continued to sell his unique wide necktie designs under the Polo brand at large department stores, such as Bloomingdale’s and Niemen Marcus. 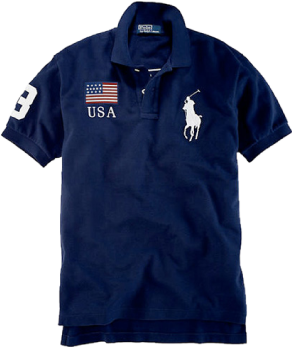 Riding the wave of his early success, Ralph Lauren famously introduced the Polo shirt in 1972.

The Polo shirt design was available as a short-sleeve cotton shirt in a 24 different colors. Since the short-sleeve, collared shirt bore the Ralph Lauren Polo logo on the chest, it was soon called the Polo shirt for short. Years later, the Polo shirt is still known as the signature piece of the Polo brand.

But Ralph didn’t stop there when it came to design and innovation.
Here are a few major highlights in the peak of his career:

Amidst his career achievements, Ralph was diagnosed with a benign brain tumor that was successfully removed in the 1980s.

Throughout the trajectory course of Ralph’s career, his design sensibility became known as iconic American fashion. Ralph even went so far as to try his hand at home furnishings in the Ralph Lauren Home collection.

Ralph Lauren Polo boomed throughout the 1980s and 1990s with boutiques opening throughout the US and internationally. As Ralph grew famous as a top fashion designer, he attributed much of his success to his realism and authenticity. According to Ralph, “I’ve never wanted to be in fashion. Because if you’re in fashion, you’re going to be out of fashion.”

But as the saying goes: The more things change, the more they stay the same. Ralph was inarguably a level-headed, successful business entrepreneur. Yet he continued to stay true to his ultimate vision by focusing on his dream in each new line he created:

The way I do collections and what inspires me is a story or theme that gets to me… that says I know how to build this. I don’t build a collection from the sleeve or from a specific fabric. I build it out of a dream. 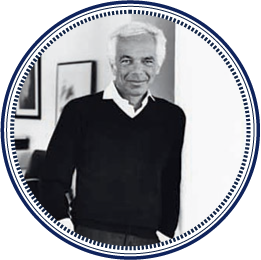 With the dawn of the new millennium, Ralph Lauren Media joined the digital age and launched Polo.com.

In 2002, the Ralph Lauren brand celebrated its 35th anniversary with an impressive $10 billion global empire that now sold men’s, women’s, and children’s fashions.

In 2003, Ralph took his international expansion even further by introducing individual websites for different countries at Global.Polo.com.

Even as the 1990s rolled around, Ralph’s long-lasting career success didn’t wane. Ralph remained productive throughout the 90s as the Ralph Lauren Corporation collaborated with Vogue and the Washington Post to sponsor the Super Sale. This annual designer sale took place in Washington DC and was used to raise more than $3.5 million for research until 1998. 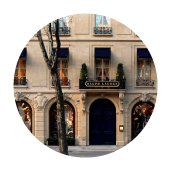 Among Ralph Lauren’s major
achievements, we can’t overlook Ralph
Lauren Restaurants, established in
1999. Yes, you heard that right. In addition
to being a fashion innovator, Ralph Lauren
is also a restaurateur. Ralph Lauren
Restaurants are located in Chicago and Paris; the Chicago restaurant is designed complementary to the Ralph Lauren palette with white tablecloths, leather seats, and mahogany panels, serving traditional American dishes.

In 2001, after more than three decades of ground-breaking career success, Ralph began to focus his efforts on charitable work, including relief efforts provided by the Polo Ralph Lauren Foundation after the tragedy of 9/11. Polo Ralph Lauren matched employee contributions to the dollar and donated 10% of all sales in the month of October following the attacks.

In 2007, Ralph was again recognized by the
CFDA when he was presented the first-ever
American Fashion Legend Award; results
were tallied from a public online vote.

Today, Ralph remains focused on his charitable work as the Polo brand is still going strong. Charitable efforts include the introduction of the Polo Volunteer Program, as well as a $5 million contribution to create the Ralph Lauren Center for Cancer Prevention and Care located at the North General Hospital in Harlem.

The Polo Ralph Lauren Foundation continues to fund
developments in education, service, and cancer care. Currently,
the Foundation focuses on causes like:

Ralph’s dream started out small and humble with a single line of original neckties. Decade after decade, Ralph’s fashion innovation grew and paved the way for new designs to support his revolutionary brand.

A perfect example of the American dream, Ralph saw success by never losing sight of his vision: 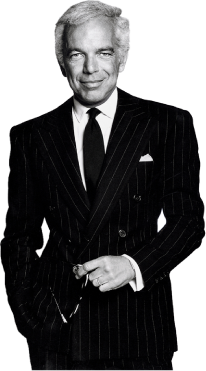 How to Get the Look

This celebration of Ralph Lauren’s fashion history wouldn’t be complete without taking the time to master his style. By now, we know that a signature Ralph Lauren look is classic, smart, sharp, and, ultimately, all-American.

And it is this timeless design that makes it easy to wear year after year for casual outings or special occasions. Here are a few tips to get the ball rolling before you shop Ralph Lauren:

What does it take to dress the part of a Ralph Lauren icon?
Here are 5 time-honored must-haves from the Ralph Lauren brand:

How do I dress up a Polo shirt?

To date, a Polo shirt remains one of the most popular and versatile pieces within the Ralph Lauren brand. Most people are likely to wear a Polo shirt with jeans, shorts, or a skirt to a casual outing; in the workplace, Polo shirts are a favorite on Casual Fridays.

But on the other side of the coin, it’s easier than it seems to dress up a traditional piece like a Polo shirt. Ralph Lauren recommends wearing a darker colored Polo shirt for a special occasion since it tends to come across as sharper and more formal. A dark polo shirt can be paired with dress pants and a blazer to complete the look. A dark Polo shirt can also be worn with tailored jeans and penny loafers for a dress casual event, like an early evening cocktail party. 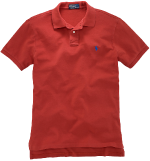 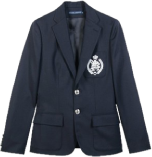 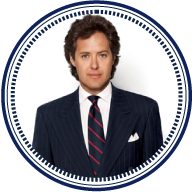 To dig a little deeper, we can take well-seasoned advice from none other than Ralph Lauren’s son and senior vice president of advertising, marketing, and corporate communication – a man that is no stranger to international best dressed lists.

David Lauren underscores the fact that the best way to dress for success on any occasion is to “stand up straight!”

Just a few decades ago, Ralph Lauren was the first person to dare to wear black-tie clothing with casual pieces like jeans and cowboy boots. If you want to go bold and wear denim with a tux, by all means, do it.

Just do it with confidence to show that you mean business.

And while Ralph Lauren fashions may be timeless, David Lauren confirms that not all preppy style can be worn through the ages. Ralph Lauren clothing lines are inspired by “preppy sensibility.” Yet with each coming year, new Ralph Lauren designs are introduced to provide better options than ever before without compromising classic pieces.

In a nutshell, if you’ve worn some of the signature pieces in your closet to death, it may be time to go shopping for a new classic garment to spice up your wardrobe.

Last but not least, don’t be a stranger to color – regardless of your gender. While women have been historically more likely to wear colorful, flamboyant pieces, Ralph Lauren has always focused on color in his clothing lines for both men and women. Color goes hand-in-hand with the Ralph Lauren brand. The next time you get dressed for a special occasion, add a pop of color in your pants, shirt, or necktie. You won’t regret it.

If you can take one thing away from the inspiration of Ralph Lauren as a man and a brand, it is to pursue your dream at all costs. Ralph Lauren was utterly focused on his dream and ambition, while keeping his feet firmly on the ground. It was his ability to dream that allowed him to create such classic, innovative pieces within each of his clothing lines. Ralph describes his style best by saying: