Some of the most famous Gap staples include:

According to Gap, the vision for each clothing line is:

Iconic, yet modern clothing and accessories for adults, kids and babies

Under the umbrella of the famous Gap name, you'll find other popular brands like:

Where It All Began

In celebration of 45 years of Gap history, it's time to take a trip down memory lane to where it all started… 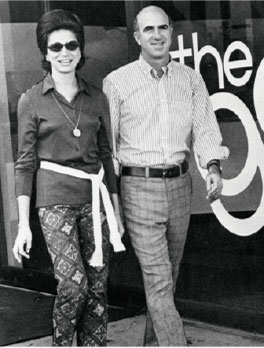 Don and Doris Fisher open the first Gap retail store in San Francisco, California; the company is incorporated as The Gap Stores, Inc. 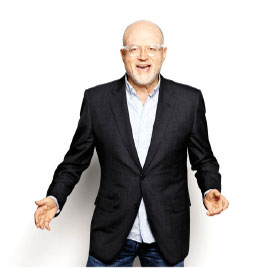 Gap debuts its official website before the new millennium. In the same year, the first Banana Republic Factory Store opens; meanwhile, Old Navy is the first retailer ever to hit $1 billion in annual sales in less than four years after opening. 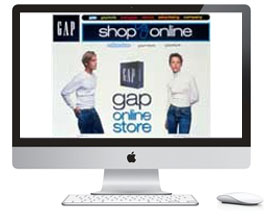 Gap brand Banana Republic is one of the first labels to sponsor the TV series Project Runway, later nominated for an Emmy. In the same year, Gap establishes its Clean Water Program to monitor denim laundry wastewater discharge and meet stricter company guidelines. 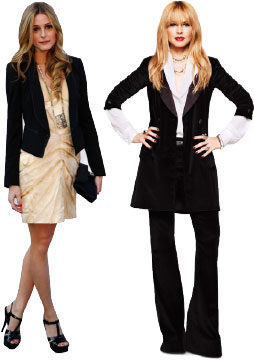 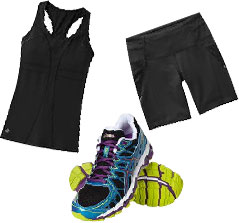 Gap is ranked number seven among specialty retailers as the "World's Most Admired Companies" by Fortune Magazine.

Gap acquires multi-brand fashion retailer INTERMIX (est. 1993), including over 30 boutiques in the US and Canada; in the same year, Gap is voted one of the World's Most Ethical Companies for the sixth year in a row by Ethisphere Magazine.

Gap is listed as the top retailer and number three company on InformationWeek's Top 500 Technology Innovators in the US. 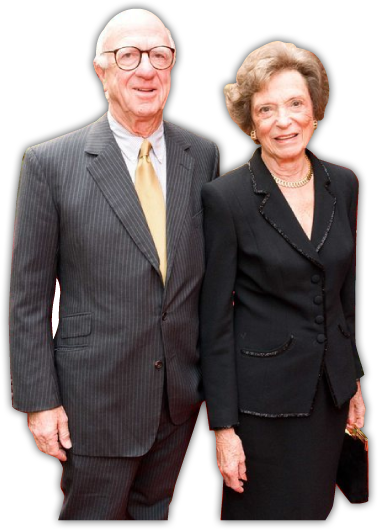 The original idea for Gap (named after the Generation Gap coined in the 60s) came from successful real estate developer Donald Fisher.

Donald spotted a popular trend among San Francisco's youth: namely, Levi’s blue jeans for blue-collar workers. Not only were denim jeans comfortable and durable, but they were also dirt cheap.

Legend has it that Fisher came up with the Gap concept when he couldn't find the right size of Levi's blue jeans in a Sacramento department store. He quickly identified a booming demand for denim that most retail stores couldn't meet at the time. The first Gap store opened soon after near San Francisco State University, selling both blue jeans and records to attract the college student.

By the time the 1970s rolled around, Gap had hammered out its recipe for success
— a wide selection of denim at low prices in a variety of sizes.

After a bumpy start and aggressive advertising, Gap jeans were flying off the shelves into the hands of its prime market: 14 to 25-year-olds. At the time, Gap was able to turn a quick profit with a straightforward retail concept. 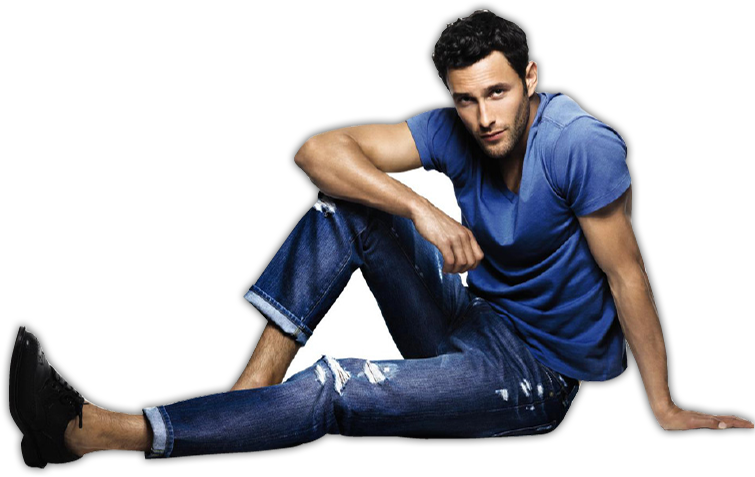 The Gap store created a new retail culture that is still popular today. Gap stores were vibrantly painted with a soundtrack of pounding rock 'n roll music playing inside. Shopping for the basics became a fun, interactive experience, likely to bring customers back again.

Just two short years after the first two Gap stores opened in San Francisco, Gap sales reached an unprecedented $2.5 million a year. After Gap was converted to a public corporation, chain stores began popping up throughout the US. Just five years later, sales hit $97 million with close to 186 retail stores in 21 states. 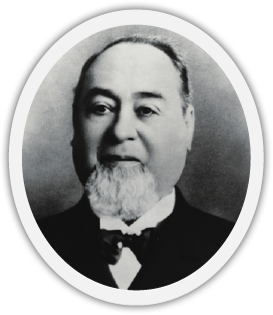 the backing of Levi Strauss

Levi Strauss, sold exclusively by Gap, was a well-known brand with a national advertising campaign. Gap cleverly piggybacked on Levi's popularity to put the up-and-coming retail store on the map. A few years later, and Gap was ready to expand beyond blue jeans with several new company labels, as well as other national brands available in-store.

Gap continued to add roughly 50 to 80 stores per year throughout the 1970s. Almost effortlessly, Gap reached $307 million in sales by 1980. By this time, the denim market had changed significantly. Many young trendsetters were looking for high-fashion, luxury blue jean labels at a higher price point. Gap was ready to expand again, this time with a more diverse clothing selection.

By now, Levi jeans were sold in every major department store, watering down Gap's "exclusivity." The pressure was on for Gap to create its own brand identity and distinct image. 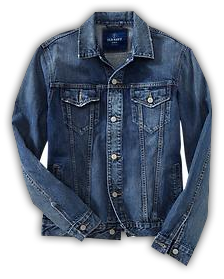 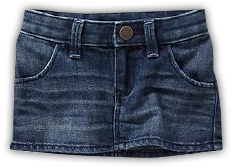 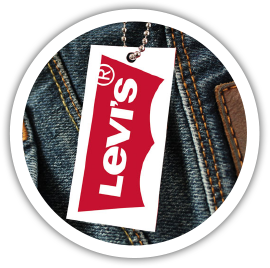 After Millard Drexler was hired as Gap President in 1983, the company's direction changed. Drexler had recent experience in branding the fashion retailer Ann Taylor and was ready to do a full-brand wholesale transformation for Gap. Leading up to the 80s, Gap was seen as a teen brand; Drexler made drastic changes by cutting out all other private labels except for Gap clothing.

New Gap clothing designs maintained the classic comfort style, now marketed to customers of all ages. Gap clothing lines were still denim-based with blouses, pants, skirts, shirts, and sweaters added to the mix. Clothing remained fresh, cozy, and youthful, but it was no longer pigeonholed in the teenage demographic.

The Gap brand Old Navy was named after a bar in Paris.

Gap currently employs over 137,000 workers worldwide within its six brands.

The first Gap store outside the US opened in 1987 in the UK.

The campaign consisted of black and white portrait ads of both celebrity and unknown models. Interestingly enough, the campaign focused heavily on style and less on clothing. Gap clothing didn't appear in all advertisements, making the message clear—Gap style was more about the customer than the garment.

In the 1990s, Gap solidified its standing as a store that had

Gap styles were worn by men, women, and children. Gap's image was revamped again by Drexler in 1997, bringing the brand back to its simple roots. The company returned its focus to clothing basics—jeans, khakis, and pocket T-shirts. 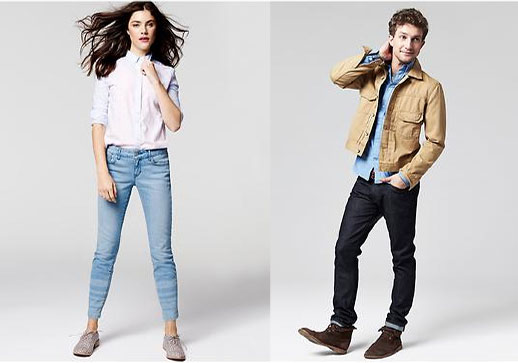 Bouncing Back After Tough Times

In the new millennium, Gap faced its share of challenges

Millard Drexler retired in 2002, and Paul Pressler took over with a plan to revive the company yet again. Major corporate changes were made concerning strategic planning, customer research, necessary store closures, and new advertising campaigns.

colored jeans back to blue campaign

Gap felt the slump of the economy, just like every other major retailer. In order to stay afloat, Gap had to close 20% of its retail stores and focus on where the sales were—by adding 50 to 60 Gap Outlets to the brand lineup. After throwing in a few new fashion trends, like colored jeans, along with strategic digital advertising in the Back To Blue fall 2013 campaign and continued brand loyalty, Gap was back on top once again, with an estimated increased profit of 61% and a total of $351 million in sales.

Over the past 45 years, Gap corporate leaders listened to the public when it came to changing trends and in-demand fashions. Gap was always willing to admit defeat and steer clear of dead-end strategies that no longer worked for the brand. This flexibility and resilience allowed Gap to become the leading retailer it is today with over 3,500 stores across the globe. 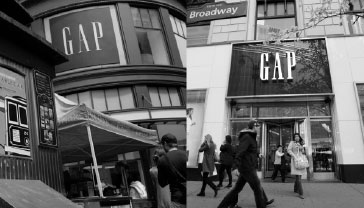