Quilting can be traced back as far as the early 1600s in the United States. With each passing century, talented quilters and collective ethnic groups influenced quilt types, styles, and patterns.

The original purpose of a quilt was to tell the story of American culture at that time, as well as the “story of its maker.” Besides being a work of art, quilts are truly symbolic of a story woven through fabric in various textures and patterns.

Quilting in American culture tells an individual story. It also celebrates the handiwork of historical women in the US.

Early quilting served as a creative outlet for women of centuries
past who did not have a voice:

When the first colonists came to America in the early 1600s, they brought European styles and culture with them. 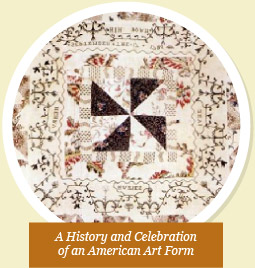 Colonies grew into cities, and a class of wealthy
trades people emerged that imported fine
fabrics from England. 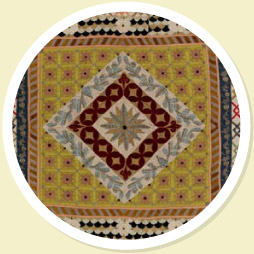 The country expanded greatly in the 1800s with various historical events that affected quilt making in the US.

Quilting buzz increased in women’s circles when the Civil War started in 1861.

As men left home for war, women bonded together in what were called “quilting bees.” Women also used these quilting circles to make clothes, bedding, and bandages for soldiers. Quilts were sold to raise money for military supplies. During the Victorian period following the Civil War, prosperous women of the late 1800s crafted even more elaborate quilts—incorporating ribbon, lace, ruffles, and fringe.

As the industrial society emerged in the 1920s, the American economy boomed for a time.

As handmade bedding was a necessity during such hard times. When women went to work as men were shipped off to World War II, quilting interest waned for a time. Post-World War II, quilting experienced a revival in the 1950s and 60s. Fabric was inexpensive and diverse, and quilting brought with it a sense of community. Quilting reemerged as artwork in the 1990s with elaborate hand-sewn quilts crafted to mimic artists like Van Gogh, Monet, and Chagall. 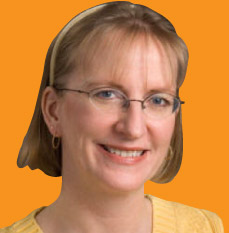 As a reflection of our nation’s history,
quilts matter.

Many historians consider quilts to be the “lens of history, art, and society.” Quilts can be used as a practical item of bedding, or they can be hung on a wall as a 2D work of art. Quilt artist Lynne Bassett explains how quilts can bring history alive, “Since quilts were made—not by artisans—but by ordinary women whose lives they closely reflect, they are fonts of information about the people and periods they represent.”

Quilting culture has changed drastically from the early days of America.

Quilt types and styles provide different aesthetics. Quilting can also be
niche to a particular state, region, or ethnic group: 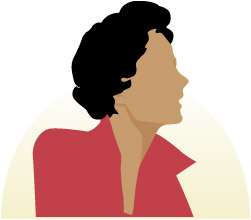 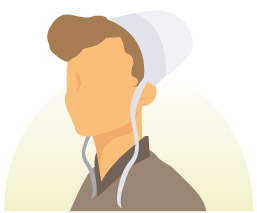 Amish quilting roots can be traced back to early Anabaptists that immigrated to the United States and Canada from Switzerland and Germany more than 250 years ago. Early Amish quilts were constructed as wholecloth using solid colors in 1849; patterned quilts were introduced in the 1870s. Within the unified Amish religion, Amish women used quilting as an individual means of self-expression. Today, Amish in the US continue to generate a significant income from authentic made Amish quilts sold as collector’s items. 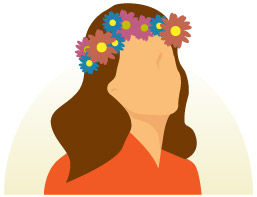 Hawaiian quilts are unique and beautiful as they are inspired by the tropics. Hawaiian quilting is a distinct quilting style that focuses on intricate patterns and bold design as a form of artistic expression. The quilting culture in Hawaii is a leisurely pastime; many hand-sewn quilts have detailed appliqué. As such, a full sized authentic Hawaiian quilt could take months to design, construct, and finish. 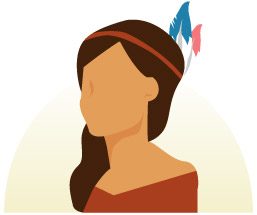 Other popular quilt styles may include:

Among all the different types and styles of quilts, there are two basic options in quilt construction:
hand-quilting or machine quilting. Some quilters use a combination of the two, while others stick with
their preferred method of construction.

A quilt is made of the top, middle, and backing. Each layer must be assembled before a quilt can be put together. The process of sewing a quilt into three layers is called quilting; the final step in the process, binding, joins all of the layers together around the border of the quilt. 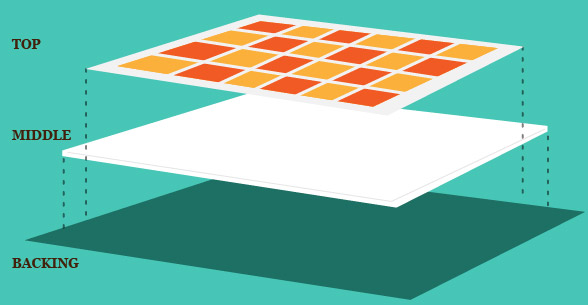 Hand-quilting is traditional and requires a quilt to be sewn entirely by hand. Historical quilts are hand-sewn and often display beautiful, intricate craftsmanship. For this reason alone, some quilters choose to demonstrate their skill with exclusive hand-sewing, inspired by early quilting tradition.

To save time and provide greater diversity in patterning, machine quilting using a long arm machine as a secondary option. Most quilts found at quilt shows today are machine quilted in elaborate designs that cannot be done by hand.

When it comes to machine or hand-quilting, the choice is yours. Give both
methods a try to see where your creativity flourishes.

If you’re itching to get started on your own quilting creation, here are the
best tutorials available based on skill level:

Quilting may have historical roots, but the convenience of the Internet now brings modern quilters
together—on blogs, in forums, and via YouTube channels. Quilting statistics show that:

Dedicated quilters are willing to invest in their craft. In 2010 alone, quilters spent an average of $219 on their projects. 6.2% of quilters are responsible for 69% of all spending.

Today, there are over 21 million quilters in America.

While many quilters still prefer to shop in person at brick-and-mortar stores, a growing number of quilters are making purchases online. E-commerce quilting websites and specialty quilting blogs make purchasing supplies and patterns easier than ever before

Newbie quilters are encouraged to plug in by:

Specifically, an iPhone app like Fabric Stash can be used by seamstresses, quilters, and designers to manage project lists, match old and new fabrics, search for specific fabrics, and ultimately avoid carrying multiple fabric samples around while shopping.

Quilting evolution has moved from hand-sewing to machine sewing to technological quilt management.

Computerized quilting software is now available for as little as $2,995 to attach to a regular, mid-arm, or long-arm sewing machine. Scanned images can be used for custom pattern design; pattern templates can be downloaded from websites or via email.

While a “quilting robot” may have once sounded like a technology of the future, motorized quilters controlled by a home PC can be synced with quilting software to digitize patterns as you quilt. For quilters that have difficulty following a line or have experienced physical discomfort after hours of sewing, a quilting robot attachment is a dream come true. 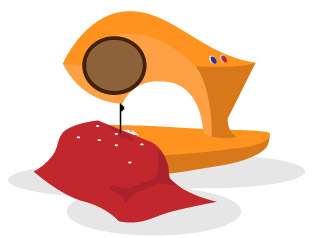 Higher-end computerized quilting machines may cost closer to $10,000 with a wide range of features to sweeten the deal. A professional computerized quilter integrates custom software controlled on a touchscreen tablet with a motorized quilting machine. Quilting design and operation can be managed from a single touchscreen; quilt designs can be altered or moved to a new position by dragging a pattern across the screen. Quilt speed and stitching can be set per inch, and new quilt borders can be defined in alternate shapes, such as stars, triangles, and rectangles. 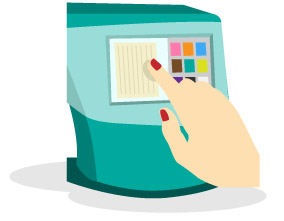 Today’s quilting world has a little something for everyone.

Whether you are drawn to more authentic hand-quilting, popular machine quilting, or even
tech-forward computerized quilting, the options are endless.