Why is Prada so in-demand in the world of high fashion? To fully appreciate the luxury brand for all of its achievements, it's time to
crack open the history books…

It was just a century ago that the world-famous fashion brand Prada came to be. Today, we know Prada as a luxury Italian label that sells specialty clothing, handbags, shoes, and accessories for men and women. Prada the company was founded back in 1913 by two brothers: Mario and Martino Prada.

For many men and women, a Prada label is a sign of status, class, and decadence. 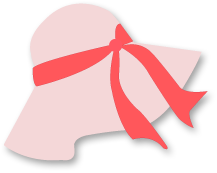 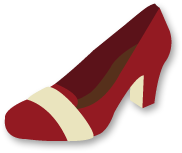 A century ago, the Prada brand was quickly embraced by European aristocracy as it was known for its refined materials and sophisticated construction. Just a few years later in 1919, Prada was honored to become the "Official Supplier to the Italian Royal Household."1

And thus, a luxury fashion label was born.

In the early days of the company, Mario Prada stood firm in his stance that women should not participate in business practices. At the time, he would not allow any female family members to work in the company. But, as luck would have it, Mario's son had no interest in the Prada family business whatsoever.

Mario had a change of heart and turned the reins of the company over to his daughter Luisa as his successor. The current head of Prada and granddaughter of Mario, Miuccia Prada, joined the company in 1970 and inherited the business from her mother in 1977.

Many Prada enthusiasts considerthe start of Miuccia's reignat the company to be the dawn of a new era.

Miuccia partnered with a Tuscan businessman (and her future husband) with experience in leather goods, Patrizio Bertelli.1Patrizio had connections with other leather goods producers, Sir Robert and Granello. He consolidated his resources to create the IPI S.p.A. with an exclusive license from Miucciato produce Prada-brand leather goods. Within the years to come, the two families merged into the all-inclusive Prada Group; IPI S.p.A. became the Prada S.p.A.in 2003.

Upon joining Prada,Miuccia started out with a bang by updating many of the old-fashioned pieces currently offered under the Prada label. Her first contribution was to produce sleek, lightweight, black backpacks before moving on to her debut womenswear collection in 1988.

Thanks to Miuccia's hard work and vision, the 90s were a slam-dunk decade for Prada.Patrizio Bertelli remained Prada's business manager and further supported the growth of the company. By the time Prada introduced menswear in 1995, the once-small luxury fashion brand was worth $30 million.2

The 90s provided enough success for Miuccia to branch out into her secondary label of affordable apparel, Miu Miu, in 1992.

Miuccia and Patrizio greeted the new millennium as an uber-successful power couple. The pair worked through the 90s to acquire a number of luxury brands in their portfolio, includingJil Sander A.G., Church & Company, and 51% of Helmut Lang and Fendi S.p.A.2

It's no wonder that Miuccia Prada is considered one of The World's Most Influential Fashion Designers. It may surprise you to know that, in spite of her later success, Miuccia was initially reluctant to take control of the Prada brand.

However, once she was invested in the company, she was all in. Miuccia fought tooth and nail to change the face of Prada throughout the 1980s and 1990s. Her commitment to excellence paid off. Miuccia was awardedthe Council of Fashion Designers of America International Awardin 1993 as a confirmation of her talent, originality, and perseverance. 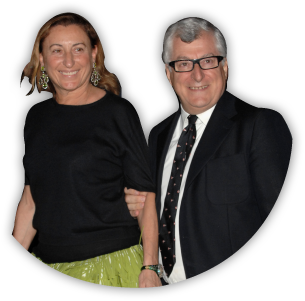 The most successful
husband-and-wife fashion duo

If you're unfamiliar with the Prada aesthetic, the brand is most often celebrated for its chic elegance and
minimalistic style. 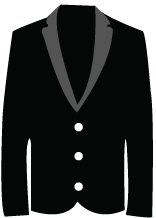 Miuccia built upon the initial vision of her grandfather and brought her own contemporary feminine design elements to the table. Throughout the evolution of the company, Prada handbags and footwear have taken up a large piece of the pie, with growing popularity due to increased public demand. Prada is also known for its womenswear and menswear collections, as well as luxury gifts and accessories.

Prada fashion can be best summed up in a quote taken directly from the horse's mouth
the power couple, Miuccia and Patrizio

"For Prada, fashion, luxury and style have always been core aspects of a project that goes beyond production of clothes, footwear and handbags. Careful observation and interest in the world, society, and culture are at the core of Prada’s creativity and modernity. This has pushed Prada beyond the physical limitations of boutiques and showrooms, leading us to interact with diverse, seemingly distant worlds, and introducing, very naturally, a new way of creating fashion.”

High-fashion, haute couture, runway chic - what more could you ask for?

Prada is "crowned" the Official Supplier to the Italian Royal Household, offering exclusive rights to use the House of Savoy's coat of arms in the brand logo. European aristocracy flock to the Prada store in Milan. 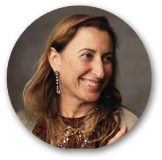 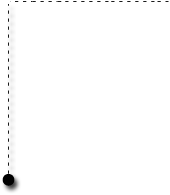 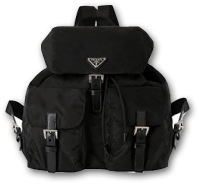 Prada makes fashion history by introducing a specialty nylon fabric with a delicate touch (later used in the 1984 Prada backpack).

Founder Mario Prada dies,
after passing on the company to his daughter Luisa.

Prada accessories first appear in Vogue magazine; Prada fashions have since graced 17 Vogue covers in total. In the same year, Miuccia meets Patrizio and partners with him as her mentor; he later serves as Prada's CEO and marries Miuccia in 1987 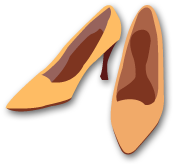 Miuccia brings back Prada's sleek black nylon textile in a simple backpack that becomes a must-have accessory by 1995, selling for a whopping $450.

TheFondazione Prada project is launched by Miuccia and Patrizio to pursue "the most challenging mental provocations" in art, cinema, philosophy, culture, and music. In the same year, Prada introduces men's accessories, shoes, and
ready-to-wear clothing

Prada's leisure collection, Prada Linea Rossa or "red line," launches and will later expand to include denim and activewear

The Prada Group purchases a 9.5% stake in Gucci, which they later sell to Louis Vuitton. 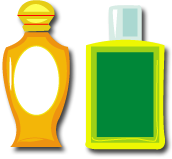 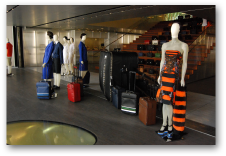 Prada's signature scent wins a FiFi award for best Luxe women's fragrance. Miuccia is listed as one of Time Magazine's 100 Most Influential People of the 20th Century. 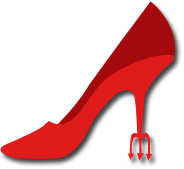 Prada launches its official website. The brand gains even more notoriety as the movie The Devil Wears Prada debuts. 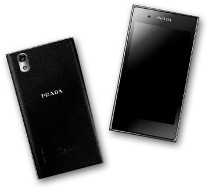 Miuccia is the first fashion designer to land the cover of The New York Times Magazine.
Prada opens a flagship store in Union Square in San Francisco 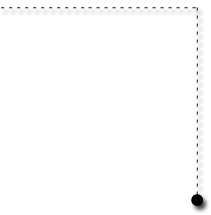 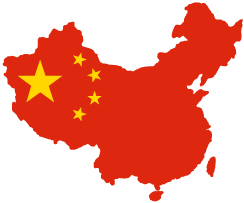 Prada and Miu Miu flagship stores expand to Shanghai. "Prada Made in…" collection launches to celebrate the workmanship of artisans from different countries.

Prada introduces specialty designs for the Chinese market in its Beijing runway show at the Central Academy of Fine Arts.

Miuccia Prada is a self-proclaimed "ugly chic"
fashion designer that has always followed her gut.

At a time when 1980s neons were all the rage, Miuccia decided to go against the grain and introduce an all-black fashion line. This entirely
black ready-to-wear collection was not met with critical acclaim,
although her intention was and still is to push the limits in design.

Despite criticism of Prada's designs, Miuccia forged ahead. After
launching a breakthrough nylon handbag that became an "it" item
in the 90s, Prada soon transformed into a coveted international
fashion label.

For Prada, the early 90s provided the perfect opportunity to strike
while the iron was hot. Prada gained popularity at a pivotal time that paved the foundation for its decades of success to follow; in addition
to booming sales, Prada made strategic business moves to acquire a number of fashion lines in investments that buoyed the company
through the economic recession in the mid-2000s.

If Prada has ever been doubted as a successful brand, it's hard to argue with the figures. In 2011, Miuccia Prada was named one of the highest-paid fashion designers of all time. Her earnings in 2010 were estimated at $8.6 million, along with her husband Patrizio's earnings at $8.9 million.4

As such, Miuccia was listed in Forbes's billionaires list for the second time in just six years in March 2012. She is ranked at 139 out of all billionaires in the world.4

Prada: Still Trending After All These Years

Prada is no stranger to celebrity endorsement.

With luxury designs that were once favored by n Oscar for her starring role in Les Miserables. Miuccia Prada also had a hand in the Roaring Twenties fashions worn in the 2013 Great Gatsby movie.

Celebrities are known to throw a classy Prada bag over their shoulder when running errands or at a red carpet event. Some favorite Prada-loving celebs include Jennifer Garner, Naomi Watts, Kate Winslet, and Sandra Bullock. 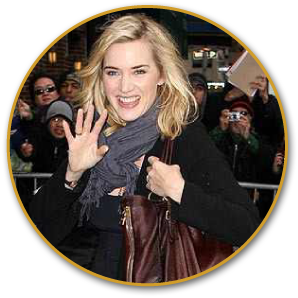 The understated Prada
label speaks for itself. 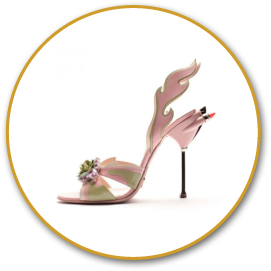 When fashionistas think of Prada, they often envision the signature pale Prada green, along with a wide palette of bold, elegant colors like cream, black, brown, and hunter green. Prada also boasts "inward luxury," refusing to use flashy labels on any accessories or apparel.

Signature Prada fashion can be summed up in skinny belts, knee-length skirts, military trench coats, and other seemingly "plain" designs with luxurious undertones. Both women and men looking for classic garments with a modern twist turn to Prada time and again.

Prada introduces cutting-edge fashion designs each year, to the thrill of fashion enthusiasts around the globe. In 2012, Prada made fashion footwear history by releasing a shoe line inspired by classic American race cars of the 1950s, including high heels, sandals, and pumps with miniature taillights. This trailblazing Prada footwear went for a cool $1000-$1400 a pair.

Prada not only remains sharp in its innovation but also in its forward thinking. Prada most recently made headlines for casting a black model in 2013 for the first time in close to two decades – since Naomi Campbell in 1994.5Malaika Firth, born in Kenya and raised in the UK, was a standout face in the 2013 Prada ad campaign. Prada fans appreciated this fashion milestone as Asian and black models are rarely seen in international Prada spreads.

Not one to let sleeping dogs lie, Prada used the same ad campaign to reintroduce favorite 90s supermodel Christy Turlington. Though well beyond her modeling "prime," Prada considered Turlington to be a top contender in their fall/winter ad campaign for 2013 - a reminder that classic elegance is truly timeless. 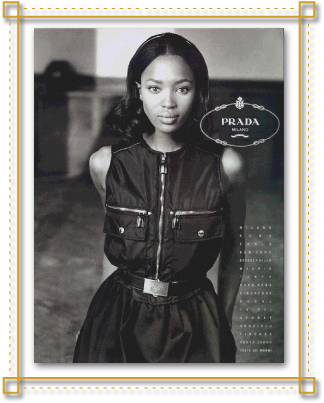 Prada continues to ride the crest of their wave of success that started in the 1980s.

Today, Prada is considered "the biggest name in fashion."6 In spite of 2008's economic recession, Prada stayed afloat as an international luxury brand. As of June 2011, Prada's IPO list price in Hong Kong spiked to $2.6 billion, estimated at $36.5 to $48 a share. In comparison to other bigwig fashion labels, like Louis Vuitton, Prada won out by a landslide. 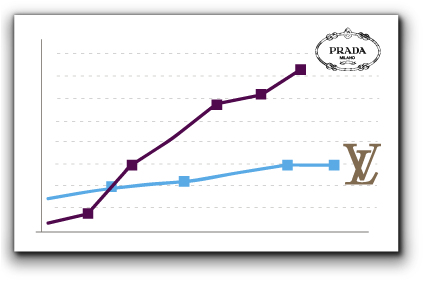 Since 1913, Prada has become a household name and has even inspired a novel and major motion picture of the same name: The Devil Wears Prada. Though Mario Prada was reluctant to incorporate women in his business 100 years ago, the future took an unexpected turn. Mario's granddaughter Miuccia helped his vision grow leaps and bounds into a contemporary yet classic Italian label that is coveted by fashion-lovers around the world

The face behind the successful designer brand represents an admirable success story. Miuccia and Patrizio are still married. Patrizio is the CEO of Prada, and Miuccia is both the muse and designer for the brand.

Prada as a label is nonconformist. Compared to other avant-garde, couture fashions on the market, Prada designs are indeed ironic – modestly elegant, simply luxurious, and effortlessly fashionable. 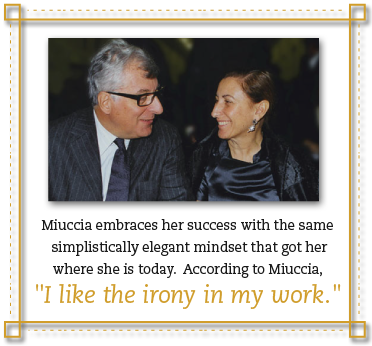